AMERICA HAS ALREADY GONE TO HELL 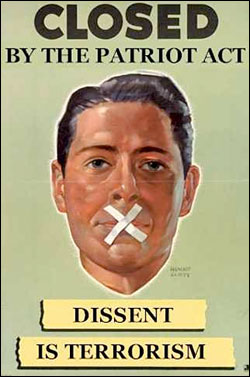 It is as evil as it is shocking that over 50,000,000 babies have been murdered by abortion in America as of January of 2008. Even worse, the average church in America is eerily silent. people just don't care.

Divorce is everywhere, reaching even 75% in California. There's no place more Godless, evil and wacko than California. The entire Hollywood area is a cesspool of spiritual sewage, contaminating the entire country. With all the séances, psychics, homosexuals, God-haters, fruitcakes and sick-minded people in California, you couldn't pay me to live there!

America is so evil that we have even renamed one of our biggest cities to SIN CITY!

Yet, we hypocritically sing, God Bless America! I don't think so.

We all deserve to go straight to Hell for the way we've crapped on God as a nation. We'll, God's starting to crap on us, and we get what we deserve! The more God blesses us, the more crazy we become. Americans are so evil that nearly half of all pregnancies now end in abortion. This is because the American people want to “get down tonight” and “shake your booty” and “ do it like a virgin.” The term “virgin” is an extinct animal in America.

It's not just sinful, it's rotten to the core and selfish. The entire country idolizes the most immoral singers, who sing the most vile lyrics, fornicating to conceive babies they don't want, while singing God Bless America. I earnestly pray for God to bring judgment upon this evil nation.

We're a nation of ingrates and a**holes. Everybody is suing everybody. Businesses are greedy, ruthless and cut-throat. Nearly every business these days uses sexually suggestive advertising for their products or services. It's so commonplace that most businesses are doing it, and it's rotten and evil to God. Yahoo is one of the worst. TV is just evil, period.

All across America, false advertising is everywhere. Companies lie, making all sorts of offers that you later find out have tons of restrictions, policies and crap they didn't tell you upfront. They're crooks.

Even more crooked are the bankers, the privately owned Federal Reserve being the biggest scandal in America history! They've stolen trillions-of-dollars from the American public. Hell will be their home for all eternity. While the poor starve; they eat lobster, travel on their personal planes, and live luxurious lifestyles that few men have ever known. The poorest saint in Heaven will live better than the richest man on earth. Jesus became poor so we could be made rich (2nd Corinthians 8:9). Amen!

You might as well forget going to church, they just want your money. Go to the average church for even a short time, don't give them your name, don't fill out a visitor's card, and watch how it drives them insane. They want to control you, get their claws into you, and know everything about you. No thanks!

Americans have tolerated the government's abuse for so long that we've simply laid down to tyranny. We might as well say, “Here I am, come take me!” Honestly, the American people are just plain stupid. That's what love for sin does, it makes people not care, become ignorant and makes us vulnerable to those in power who aren't stupid. Since 1913, our money has been printed, controlled and lent to us at outrageous interest rates by PRIVATE bankers. They charge us exorbitant interest on money printed out of thin air. If it's printed on paper, it's worth the paper it's printed on. It is evil.

Just because a few morons don't like God, we've banned God, the Bible, and public prayer to God in the public schools. Instead, we've allowed children to be taught the bullsh** of Evolution.  Only an idiot believes that crap. Yet, it's forced on children in the name of higher education. Please! What do you think God feels about Evolution, which teaches children that they came from stardust? And then all the experts try to figure out why children grow up to be freaks, killers and idiots. It doesn't take a rocket-scientist to figure it out.

A 17-year old needs their parent's permission to go on a school fieldtrip to Sea World; but a 13-year old can get an abortion without mom or dad knowing. That's the United States today!

American society idolizes the most Godless, sleazy, whorish entertainers and singers, and then we wonder why so many kids grow up to be morally problematic. While Marilyn Manson passes out T-shirts at his rock concerts, that encourage teens to kill their parents, Christians are arrested for publicly exposing the sin of abortion. Manson rips up Bibles on stage. One of his album covers feature Manson's band drinking his urine through tubes attached to his crotch. This crap is sold in America's music stores. Yet, laws have already been passed in States such as Colorado, which forbid businesses from discriminating against homosexuals and transgendered, by displaying anything offensive to them in their businesses. Truly, Satan is the god of this evil world (2nd Corinthians 4:4).

Some people criticize me, saying that I get too upset over sin and evil; but you know what, God hates sin and evil more than any of us ever could. Some people are complete a** holes, looking for my faults and trying to discredit my writings; but they're a bunch of hypocrites for condemning me. I don't condemn anyone, I take a stand for God. There's a world of difference. I know God will reward me greatly in Heaven, because at least I cared enough to speak up and stand for what was right. The people who judge and criticize me, only do so because of my ministry; not because they're trying to take a stand for God. I preach against sin; they preach against me. My intentions are pure and good; their intentions are malicious and evil.

I love people, which is why I preach against the sins that destroy people's lives. Abortion is wicked and stops a beating heart. Evolution is foolishness and leads children away from faith in God. Homosexuality is a disgusting act, a sin, and always leads to apostasy and other sins. Booze is a narcotic by definition, and until it is controlled, millions of people are going to continue to die and suffer by the partygoers who abuse it. SIN CITY Las Vegas is a mockery unto God in Heaven, tempting the hand of God's judgment. Is this how we show our gratitude to the God who has blessed us so much? What is wrong with people?

It is America's love for sin that is the problem. We have forgotten God as a nation. We have taken our freedoms for granted for so long that we are now losing them. A Police State is forming right before our very eyes, while the average person is preoccupied with the TV Guide and their MP3 player. Americans won't wake up until their stupid butts are locked in some FEMA camp. You can't tell most Americans anything, they're so darn arrogant. It's amazing how some of the most ignorant people, get the angriest when you tell them the truth. Ok, fool, you get what you deserve.

Luke 12:20-21, “But God said unto him, Thou fool, this night thy soul shall be required of thee: then whose shall those things be, which thou hast provided? So is he that layeth up treasure for himself, and is not rich toward God.”

Anton LaVey Did In Fact Believe In A Literal Devil

John 8:32 and 36, “And ye shall know the truth, and the truth shall make
you free ... If the Son therefore shall make you free, ye shall be free indeed.”