1st Corinthians 1:18, “For the preaching of the cross is to them that
perish foolishness; but unto us which are saved it is the power of God.”

"I've stood for more sneers and scoffs and insults and had my life threatened from one end of the land to the other by this God-forsaken gang of thugs and cutthroats because I have come out uncompromisingly against them."
—Billy Sunday, speaking out against the cursed booze industry.

Religion wants to fit us with glasses; the Lord wants to open our eyes.

“Rejoice in your darkest hour. The world may think you're crazy, foolish; but keep trusting God, keep building your faith on the Word of God. Rest in that Book. Do what He says do. He will help you, lead you in the same way He led Moses, Elijah, Jeremiah, David, Peter, James and John and the Apostle Paul.”

"Let's quit fiddling with religion and do something to bring the world to Christ." —Billy Sunday

Is there such a thing as Global Warming?

No, Al Gore and many other disillusioned people have never really read the Bible . . .

Genesis 8:22, “While the earth remaineth, seedtime and harvest, and cold
and heat, and summer and winter, and day and night shall not cease.”

The Dangers Of Booze!

"Wine is a mocker, strong drink is raging: and whosoever is deceived thereby is not wise ... Bread of deceit is sweet to a man; but afterwards his mouth shall be filled with gravel." —Proverb 20:1,17

In the early morning hours of September 19th,1999 - 20 year old Jacqueline Saburido (pictured left and right) and four of her friends were returning home from a birthday party.  Driving the other car, 18 year old high school student Reggie Stephey,  had been drinking beer with some buddies.  On a dark road on the outskirts of Austin, Texas, Stephey's SUV veered into the Oldsmobile carrying Jacqui and her friends.

Within minutes, the car caught fire. Jacqui was pinned in the front seat on the passenger side.  She was burned over 60% of her body; no one thought she could survive.  Her hands were so badly burned that all of her fingers had to be amputated.  She lost her hair, her ears, her nose, her left eyelid and much of her vision.  She has had more than 50 operations since the crash and has many more to go.  How tragic!  How unnecessary!  Jacqui was the victim of a drunk driver.  There is not a substance any more deceitful and dangerous than alcohol.

God is Against Alcohol, Period!

Jacqui and her loving and loyal dad

“I tell you that the curse of God Almighty is on the saloon.” —Billy Sunday

Beer is for fools!!!

"Wine is a mocker, strong drink is raging: and whosoever is deceived thereby is not wise." —Proverb 20:1 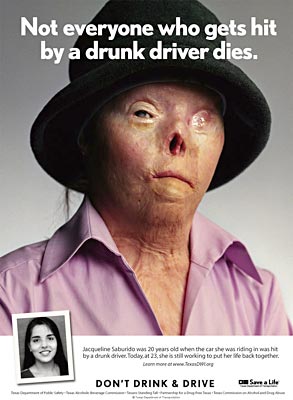 Faces Of Drunk Driving! | Every Face Tells A Story (pictured above)

The Salvation of a Nation (by Pastor Jack Hyles)

I can understand why liberals, new evangelicals and other unbelievers prefer modern versions; but for the life of me I cannot understand why professing fundamentalists want a Bible with many verses and thousands of words missing.

Furthermore, they all teach some false doctrine (though many loudly proclaim these phony Bibles alter no doctrine). For example, look at John 7:8 in the NASV (the folks at Bob Jones assure us that this represents the best text). Jesus' brothers were urging Him to go up to the feast. The NASV says, "Go up to the feast yourselves. I do not go up to this feast..." In verse10, it records that Jesus went up to the feast. If the NASV doesn't make the Son of God to be a liar, language means nothing. It makes Him say He wasn't going when in fact He clearly intended to go all along. The KJV says, "Go ye up unto this feast: I go not up yet..." One little three letter word makes all the difference in the world. Which rendering do you think accords with the truth and the true nature of Jesus Christ? You don't have to know any Greek to understand this!

Do you think Jesus could ever lie? The NIV has the word "yet" in the text, but there is a footnote which says "some early mss omit 'yet'." Yes, and they are the same two manuscripts (not a lot like they would have you believe) from which all modern versions come. There is only one Bible, one pure text and it is in the King James Version. END

Abortion Robs a Child of the Gift of Life!

“Blessed is that man that maketh the LORD his trust, and respecteth not the proud, nor such as turn aside to lies.” —Psalm 40:4

“...I will open my mouth in parables; I will utter things which have been kept secret from the foundation of the world.” —Matthew 13:35

NOBODY IS LAUGHING IN HELL!!!

Nothing Can Replace The Holy Bible!

Religion wants to fit us with glasses; the Lord wants to open our eyes. Religion, if it shows us the Word at all, shows it to us through a filter of tradition. The Lord wants us to be free to preach and believe the Word as it is.

“The world's greatest ignorance is on this subject: How to get home to God, how to be saved and be sure you are saved. God has tried to make it simple in His Word, but because of man's sin and depravity, he refuses to receive the simple way. Therefore, we have a multitude of confusing man-made ways of salvation. But, still, there is only 'one way home' . . . The Devil wants you to be confused and works to that end. Don't forget that the Devil is the author of confusion and doubt. He is the 'father of lies.' The Devil wants you to believe a lie and be dammed. False ways are advertised and publicized more than the true way . . . Receive Jesus now as your Saviour! He is the way home.”

“And the lord said unto the servant, Go out into the highways and hedges, and compel them to come in, that my house may be filled.” —Luke 14:23 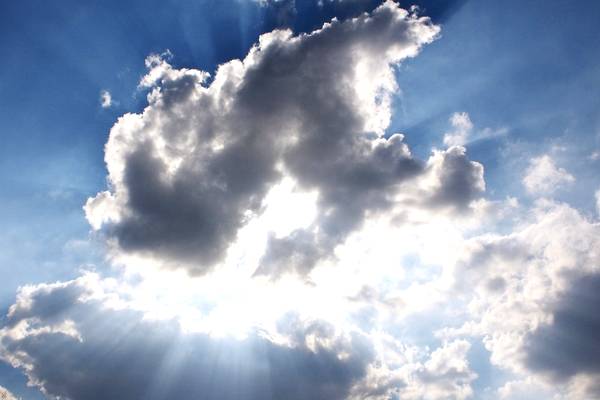 Revelation 1:7, “Behold, He cometh with clouds; and every eye shall see Him, and they also
which pierced Him: and all kindreds of the earth shall wail because of Him. Even so, Amen.”