The King James Bible and the End Times

Luke 18:8 and Romans 10:17, “Nevertheless when the Son of man cometh, shall he find faith on the earth? ... So then faith cometh by hearing, and hearing by the word of God.”

Jesus plainly stated that there WOULDN'T be much faith in the Last Days. The Bible teaches that "faith cometh by hearing, and hearing by the Word of God" (Romans 10:17). It is impossible for faith to come to a person who has not heard the Word of God. This is why the Bible is so critically important, and why we as believers must defend and preach the Word to lost sinners. Satan is a beautiful liar, and one of his biggest deceits is false Bibles. The following chart shows the source of our beloved faithful King James Bible versus the heathen source of all modern corrupt Bibles . . .

It is easy to realize why there won't be much faith when the Lord Jesus returns at the Rapture, when one considers that MOST of the Bibles in people's homes today are fraudulent imposters. Most people don't have God's Word these days; but rather, a corrupt perversion of the Scriptures which attack the deity of Christ, removes the word “Godhead” completely, teaches the Lordship Salvation heresy in Romans 10:9, changes the word “worship” concerning our Lord Jesus to a mere “knelt,” perverts Philippians 2:6 to say that Jesus is not equal with God the Father, removes the word “sodomite” completely, removes the word “begotten” from John 3:16, perverts 1st John 5:7, and thousands of other corruptions to the Words of God.

America has been the citadel of Christianity for the past 100-years to the world. God gave us His inspired, inerrant, infallible, impeccable, preserved Words in the English-language in our beloved King James Bible. 2nd Timothy 4:3, "For the time will come when they will not endure sound doctrine; but after their own lusts shall they heap to themselves teachers, having itching ears." It is these same people who will "not endure sound doctrine" who also will not endure a sound Bible. The King James Bible is offensive to the apostate churchgoer. Most people today have churchianity without Christianity. As the Church becomes more worldly, so does the world become more churchy. Many people are coming to religion nowadays, because they've rejected the King James Bible, accepting a watered-down perversion instead that reads like a comic book.

In the End Times, there is little faith because the Word of God has been corrupted. Most people these days have become intolerant of genuine, Biblical hell-fire preaching. They want to hear about God's love, how to better their relationships and how to become financially prosperous; but they don't want to hear about sin, judgment or dying to self. You must have both. You can't properly love God if you don't hate sin. People don't want to hear about carrying a cross as Jesus said in Matthew 16:24, "Then said Jesus unto his disciples, If any man will come after me, let him deny himself, and take up his cross, and follow me." If you genuinely live for Christ, you will be despised, rejected and crucified by the heathen world. 2nd Timothy 3:12, "Yea, and all that will live godly in Christ Jesus shall suffer persecution."

The Important of Those “Thees” and “Thous” 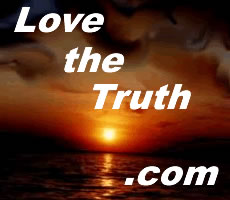